There were a lot of words that came to mind when we first started talking with Kristin and Adam – playful, unique, and beautiful where some of them. It was only after meeting them and their family that we realized there was so much more.

Providence Hill Farm is a beautiful wedding venue located in Jackson, Mississippi. As we were flying our drone, what stood out were the winding roads that led to the stables.

Since Kristin had decided earlier that week to have the ceremony inside because of potentially bad weather, the ceremony layout was different than anything we had seen before. Always up for a challenge, we adapted our approach and were able to use the long and narrow aisle to get some unique shots during the processional.

Our goal for any creative film, whether it’s a Highlights or Feature, is to build an emotionally engaging story. We had a lot to choose from, and the decisions on how to best weave the pieces together weren’t easy make.

For a long time, Adam’s sister Sarah has known that Kristin would marry her brother.

This felt like the perfect introduction for building anticipation for what was to come. During college, Kristin’s roommates knew that she had a mysterious boyfriend, but they were never sure who he was. We decided to use these playful stories to give context to their relationship.

From our previous talks with the couple, we learned that Adam’s grandmother had raised him and his two sisters. You’ll notice that we paid special attention to her throughout the day, especially when his sister Jessica started sharing her story about Adam’s father. I personally know what it’s like to lose a parent and to have them absent at the wedding, so I knew how special it would be to honor Adam’s dad by showing how he was on everyone’s mind.

With over 250,000 views on our youtube channel, this Highlights Film has become one of our favorites. But what really matters to us is what Kristin had to say: 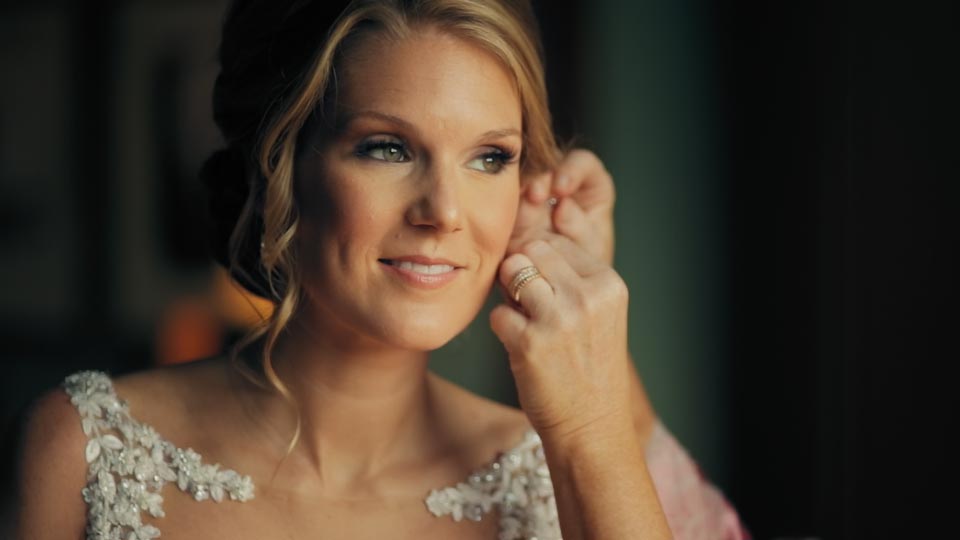 Thank you so much Matt and Pacey. I could not have dreamed up a better video. I am speechless and forever grateful that Adam and I will have this video to treasure for the rest of our lives.

p.s. My phone is still blowing up about it!!

Ready for us to tell your story? Get Started